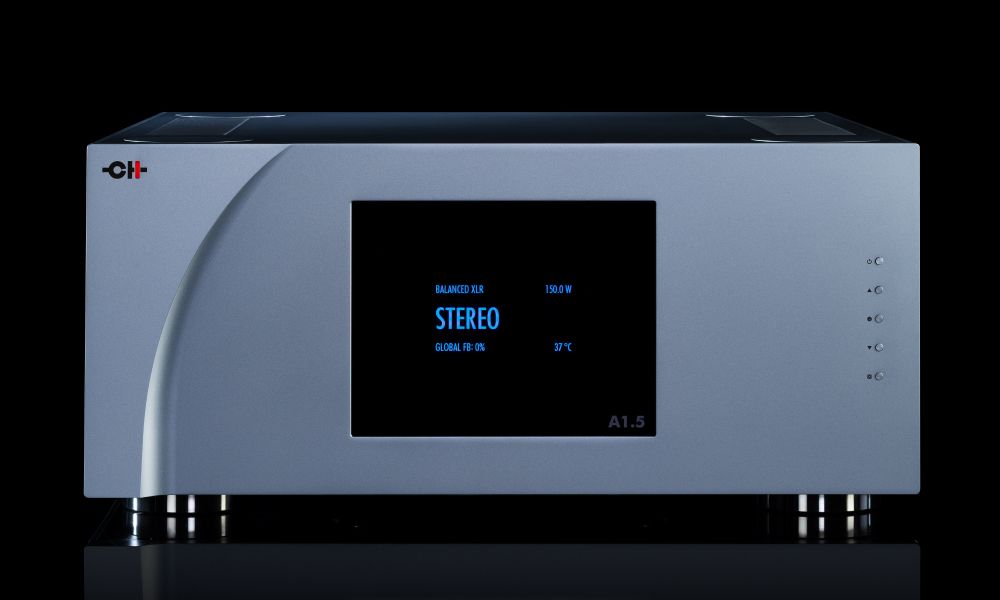 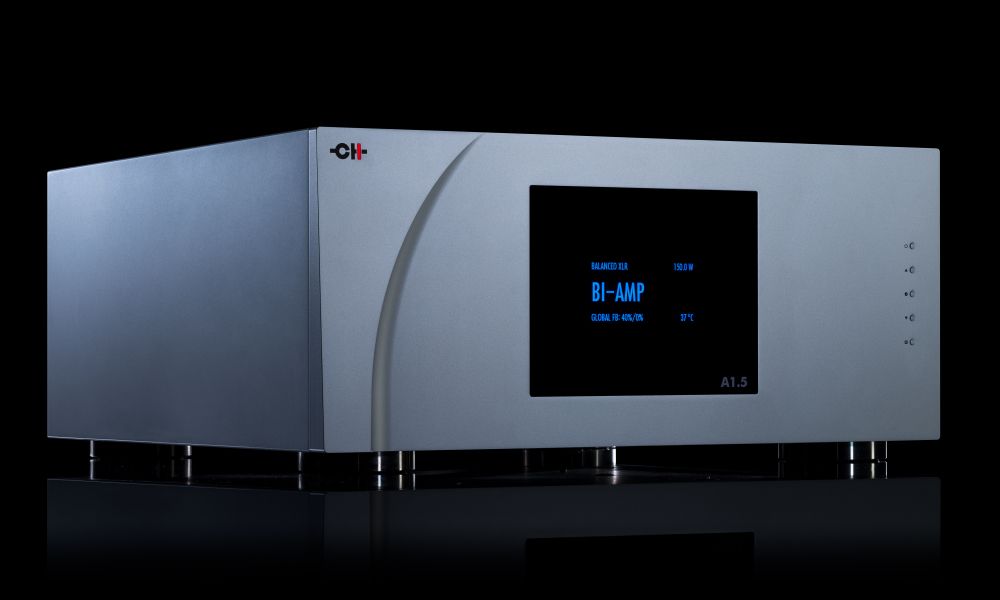 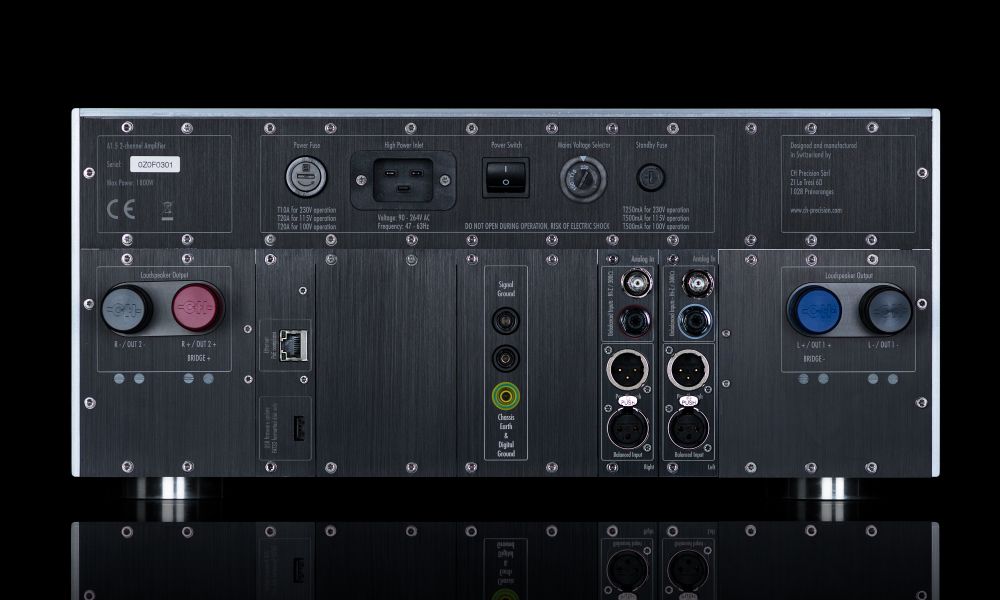 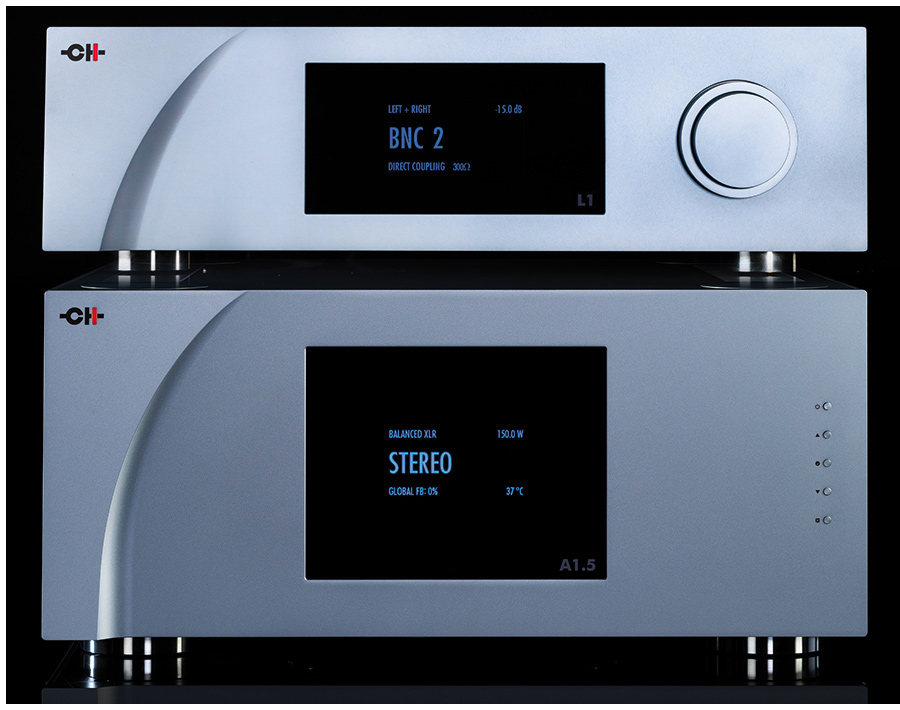 Changing the A1.5 operating mode is easy and can be done on-the-fly from the front panel user interface and our tablet app. Only the available options are visible depending of the hardware configuration.

Power supply:
The central power supply is taking most of the internal space of the chassis. The huge 1'700VA transformer is mounted on silent-blocks to avoid at maximum its vibrations to be fed-back into the sensitive part of the circuitry. It is shielded both with a magnetic screen and an electrostatic one. The transformer plate is also secured for transportation. For optimum thermal performances, the output stage diode bridges are mounted directly onto the amplifiers heatsinks and are of hyper-fast soft-recovery type. The A1.5 features extremely low-ESR filtering capacitors ensuring tremendeous current capabilities for controlling the most demanding speakers.

Analog stages:
All analog stages inside the A1.5 are built only with discrete components, no operational amplifier have been used into these sections. This deliberate choice warranties the shortest audio signal path and allows the use of custom-made building blocks. No capacitors have been used in the signal path, nor any output relay to ensure maximum transparency.

Gain:
A gain range of 24dB - with steps of 0.5dB - is embedded into each channel, for a perfect match with the loudspeakers sensitivity and room size. A lower gain is typically preferred for high-sensitivity speakers into a small room while a bigger gain is sometimes needed for large rooms with low-sensitvity loudspeakers.
This gain adjustment can also be useful with multi-amplified loudspeakers to fine-tune the various drivers level.

Output stage feedback:
The A1.5 output stage features the renown CH loudspeaker matching circuitry. The ratio between the global and local feedbacks is adjustable on-the-fly from the front panel user interface or through our tablet app. Like the A1, the A1.5 has 6 feedback ratio positions. But finer tuning is available at low global feedback, so global/local feedback ratios of 0/100, 10/90, 20/80, 40/60, 70/30 and 100/0 are available. A different feedback ratio can be set for each channel in bi-amplification mode allowing an even finer tuning of the connected loudspeaker.

ExactBias:
Keeping the output stage bias current constant ensures the amplifier to remain as linear as possible. The bias current is highly sensitive to temperature changes. ExactBias has been designed to maintain the output stage bias current constant, by monitoring both the amplifier heatsink and output transistors temperatures, irrespectively of the musical program and room temperature.
In terms of performance, the A1.5 class-AB designed with ExactBias technology outperforms a pure class-A design with usual bias compensation.

Protections:
The voltage and current delivered to the loudspeakers is permanently monitored thanks to a non-intrusive circuitry. A digital signal processor not only works out in real-time the effective output power, but also protects the amplifier in case of a short-circuit across the loudspeaker binding posts.

Analog-Buf: Monaural analog input buffer
Three analog inputs - XLR, RCA and BNC - are provided on a single board. A pass-through XLR male connector allows a direct connection to another amplifier like the M1.1 or another A1.5.
Can be factory ordered for Left or Right channel.
Factory built-in (1x), second board is needed for stereo operation
CHF 1'700.- TTC mono